Life is a nonequilibrium material system that has information and can manipulate it by itself.
In this point of view, we are constructing intelligent bio-inspired molecular systems and elucidating their physical mechanisms. We combine physics, computer science, biomolecular science, and nano- and micro-engineering to conduct research using wet experiments and computer simulations. Particularly, we focus our study on the biophysics and nanotechnology of the information molecule DNA and artificial cells.

From a scientific point of view, we are trying to understand higher-order molecular systems such as DNA and chromosomes, which are the basis of biological information, and to understand the principles that the non-equilibrium dynamic and autonomous behavior and intelligence of living systems emerge from material aggregates (the boundary between life and matter). From an engineering point of view, we also challenge the construction of nanocomputers and nano/micromachines that surpass the functions of biological systems, and the development of information nanotechnology that connects the biomolecular world and the digital world.

Physics and Information on DNA and Droplet

DNA has a beautiful symmetrical structure called a double helix structure. DNA has a robust structure and, based on sequence information, can change its mechanical properties such as shape and hardness, and can also exhibit dynamic phenomena such as chemical reactions and phase separation. At present, the thermodynamic behavior of DNA double-helix formation can be easily predicted by computer using free energy calculations, and it is possible to design not only static structures but also non-equilibrium dynamic behaviors including chemical reactions.

DNA is a unique material with characteristic multi-scale molecular and informational properties. Single-stranded DNA is a flexible string that bends after 1 nm or so, but in the case of double-helix structure, it becomes as rigid as a 60-nm rod. Using DNA nanotechnology, it is possible to synthesize robust structures as rigid as the order of 1 μm. In addition, chromosomal DNA is in a fluid and dynamic gel/liquid state in the cell nucleus, aggregating to several micrometers in length, while in the relaxed coiled state it is as long as 1 m. The long double-helix structure of chromosomal DNA is stabilized by the quantum phenomenon π-π interaction between bases, which lasts for long distances. Such a long double-helix structure is also interesting from a physical point of view because of the strong effect of a quantum mechanical phenomenon of electrons, namely π-π interactions between bases, on the stabilization of such a long-distance double helix structure. On the other hand, it is not only possible to accurately store large amounts of information on tens of thousands of genes in such a small material, but also to create nanocomputers/nanodevices and large-capacity storage (~1 billion TB/g) that is expected to be stable for tens of thousands of years. In this sense, DNA is a molecule that embodies the concept that “Life = Soft Matter x Information x Nonequilibrium”.

In addition, cells are tiny droplets (capsules) in volumes ranging from fL to pL, and at such small scales, effects such as droplet interfacial tension and surface charge, molecular size and crowding effects, molecular fewness and reaction fluctuations, strong nonlinearity and non-equilibrium feature, and other influences that are not present in a mL-sized test tube reaction, appear. How living systems can achieve stable, efficient and accurate molecular information processing in chemical reactions in such complex and strongly fluctuating systems is of interest from a life science perspective, but it is also an important question from a physical and information science perspective when considering the creation of a nano-sized molecular computer.

Furthermore, there is an important relationship between living systems and nonequilibrium systems with the flow of energy and electron. Life on Earth successfully converts light energy from the sun into electronic energy to perform the tasks and information processing necessary for life activities through chemical reactions, and this perspective is related to the physics of electronic and quantum nanodevices.

From the perspective above, we have been actively researching the following in recent years. 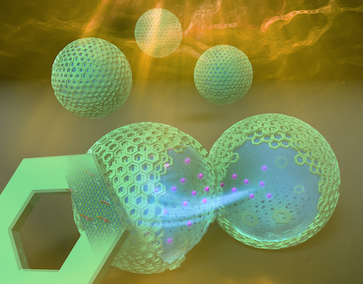 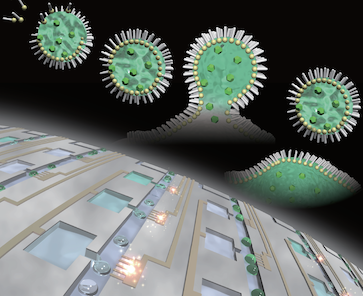 The smallest unit of an organism is a cell, which is an ultra-microvessel made of a membrane called a cell membrane. We aim to understand the physics of living systems by constructing artificial cell models that mimic cell functions, as well as constructing microreactors that mimic cells. [See more…] 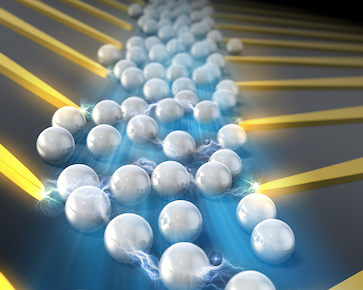 Biopolymers and colloidal particles such as DNA/RNA, proteins, and lipids are classified into a group of materials called soft matter. In addition to elucidating the properties of soft matter, we are studying hybrid systems between electricity and electric systems, and active matter such as spontaneous collective transport phenomena of particles. [See more…] 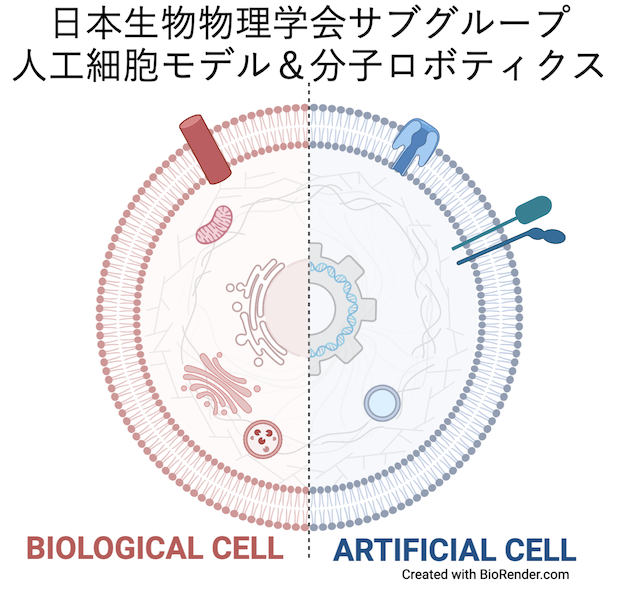 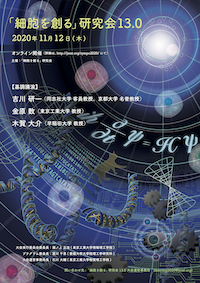